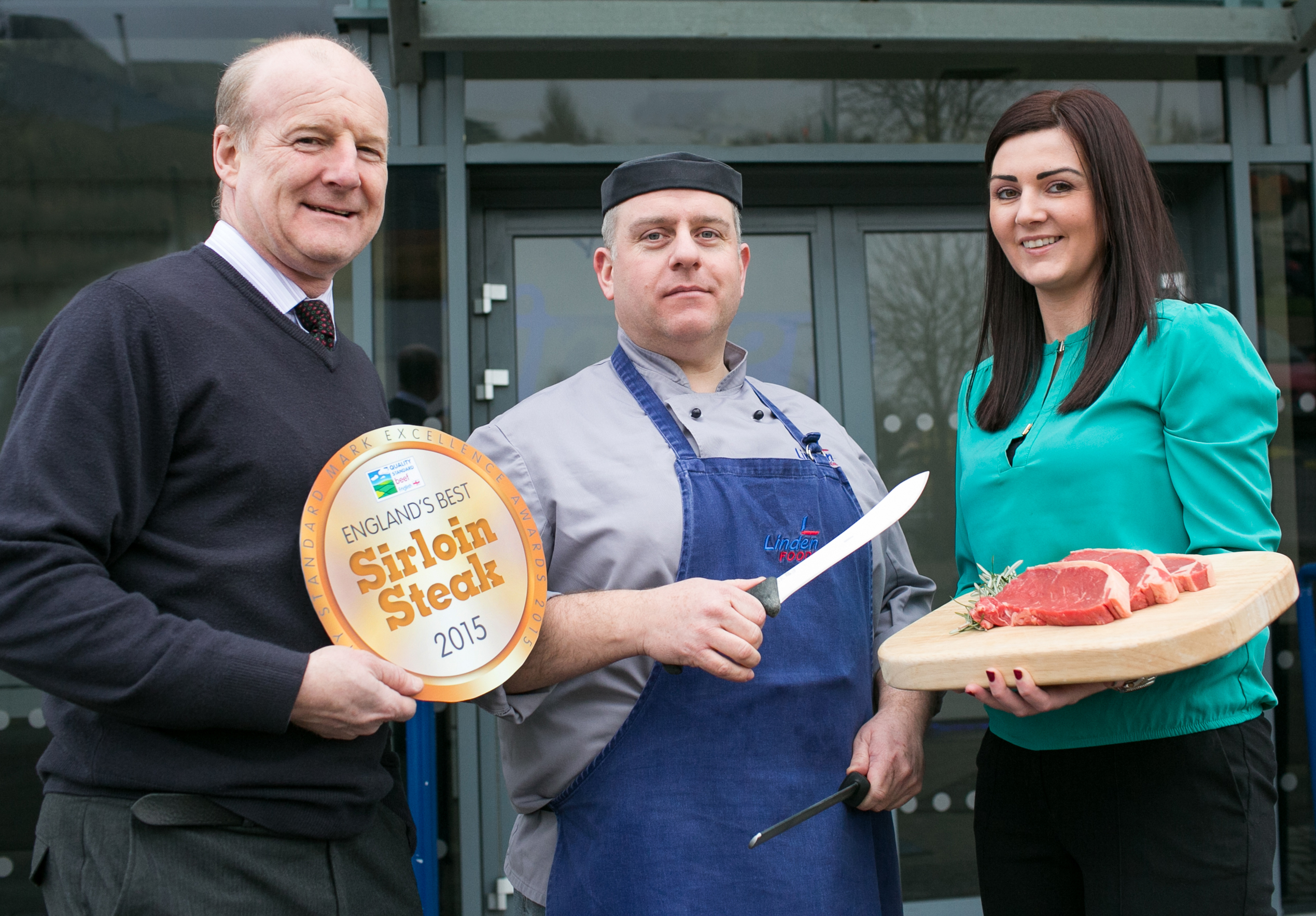 Local manufacturer Linden Foods has made it through to the final stage of ‘England’s Best Sirloin Steak’ competition with its ‘Chef’s Larder Premium Extra Mature Sirloin’ steak. It supplies this product to a national chain of wholesalers based in England.

Run by EBLEX, ‘England’s Best Sirloin Steak’ is one of three competitions to make up the newly launched Quality Standard Mark Excellence Awards 2015. Along with ‘England’s Best Innovative Steak and ‘England’s Best Steak Pie’, the awards recognise steak products that deliver excellent eating qualities and the highest levels of customer satisfaction both in and out of the home.

Butchers, supermarkets and caterers sent in entries to be judged by meat industry experts in all three competitions, but only the highest scoring made it through to the final.

Linden Foods entered the ‘Multiple Retailer/Supplier’ category in England’s Best Sirloin Steak competition and its ‘Chef’s Larder Premium Extra Mature Sirloin’ was one of just six in the category to achieve a prestigious Gold Award.

From those, only the best three sirloin steaks were selected to go through to the final, which means that Linden Foods has a good chance of being crowned winner of the Multiple Retailer/Supplier category.

There were two other categories in the competition – ‘Independent Retailer’ and ‘Foodservice’ – and one of the category winners will go on to be named Overall Champion of England’s Best Sirloin Steak competition.

In the contest, entries were put through their paces with judges marking against set criteria, including aroma, colour, marbling, flavour and juiciness. In addition, scientific ‘shear force’ testing was used to measure tenderness.

Managing Director of Linden Foods, Gerry Maguire commented, “We are delighted to have won a Gold Award and to be voted into the final for our Chef’s Larder Premium Extra Mature Sirloin Steaks. To be among the top 3 best sirloin steaks in England chosen by very experienced judges is a real testament to the quality of our supply chain and a huge endorsement of our product. Hopefully we can go one further and win it.”

Competition organiser, foodservice project manager for EBLEX, Hugh Judd, said, “Sirloin is a prime cut which is one of the nation’s favourite steaks thanks to its fine texture and wonderful flavour. We know there are many excellent examples on sale across the country and we wanted to recognise the very best in the business.   The competition so far has been extremely tough. Not only did we receive a great number of entries but the quality of sirloin steaks submitted was incredibly high. Without doubt there has been a fantastic display from businesses, such as Linden Foods. We wish them the very best of luck in the final.”