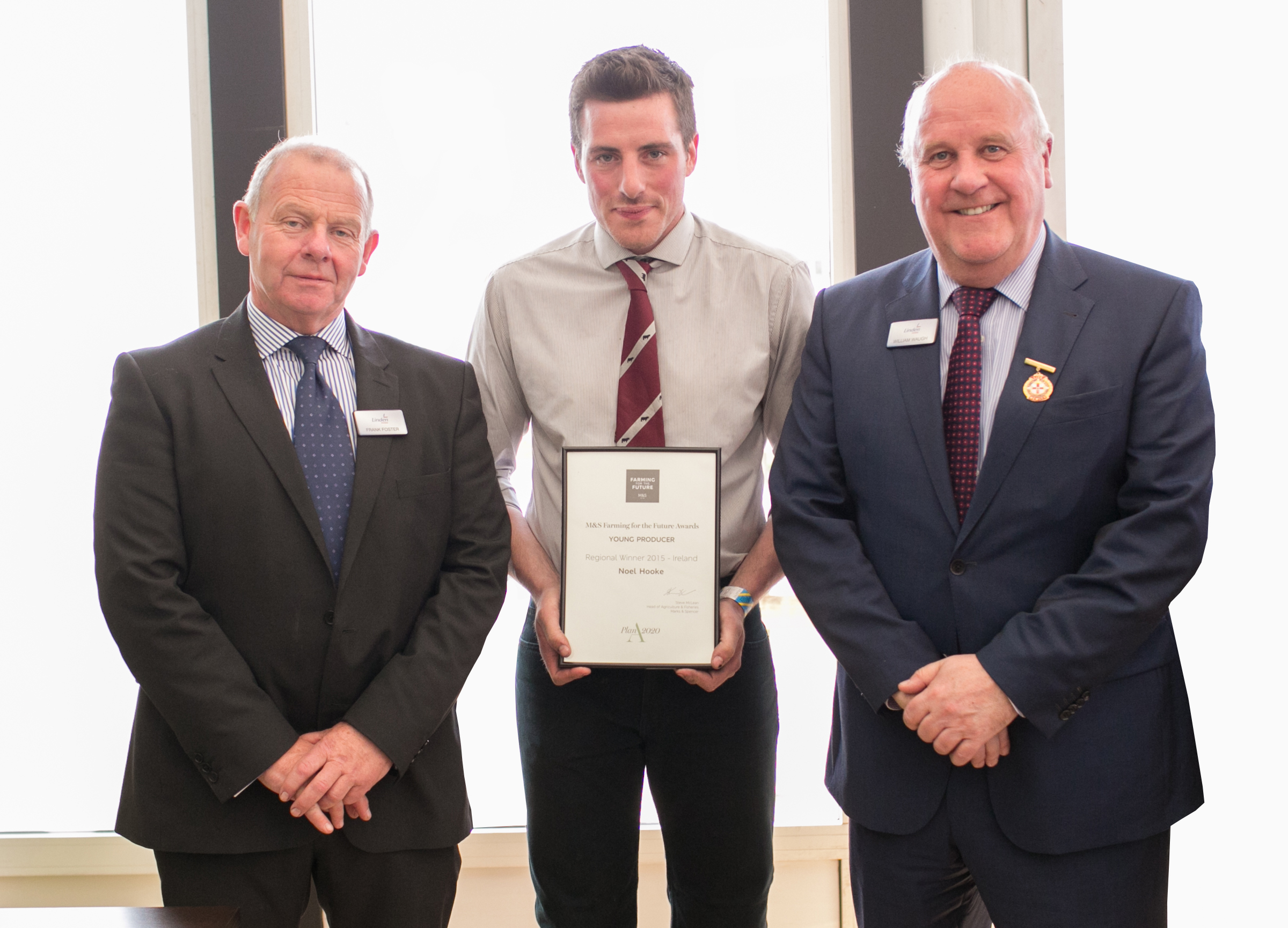 Local producer for Linden Foods and Marks & Spencer has been rewarded for his talent as an inspirational Young Producer at a M&S ‘Farming for the Future’ Award presentation, which took place at this years Balmoral Show.

Noel Hooke from Co. Down scooped the ‘Young Producer Award’, which champions forward-thinking individuals whose technical ability or business aptitude promises to make a positive impact on their sector, and who demonstrate they have what it takes to lead the next generation of farmers.

The Linden Foods producer has travelled the world, working with top pedigree cattle herds, to gain a wealth of knowledge in breeding and preparing cattle. At a tender age of 18, he won an Aberdeen Angus competition in Australia.

Noel farms alongside his father Laurence on the family farm just outside Hillsborough, County Down where they concentrate on beef production and in particular on producing Aberdeen Angus cattle for Linden Foods and Marks and Spencer.

“The farm has been in our family since 1810 and I hope to continue to expand the business and keep it at the forefront of the beef industry. I believe that, by building a supply chain like this, we can deliver a more consistent product for consumers,” commented Noel.

The judges were impressed by the fact that in his quest for farming knowledge, Noel had travelled extensively and had now returned home to put into practice much of what he had learnt. They admired that he was doing this in an environmental and sustainable manner.

Noel received a £1000 prize for the award and has been entered into an Overall Farming for the Future Champion Award for 2015, to be presented later this year.